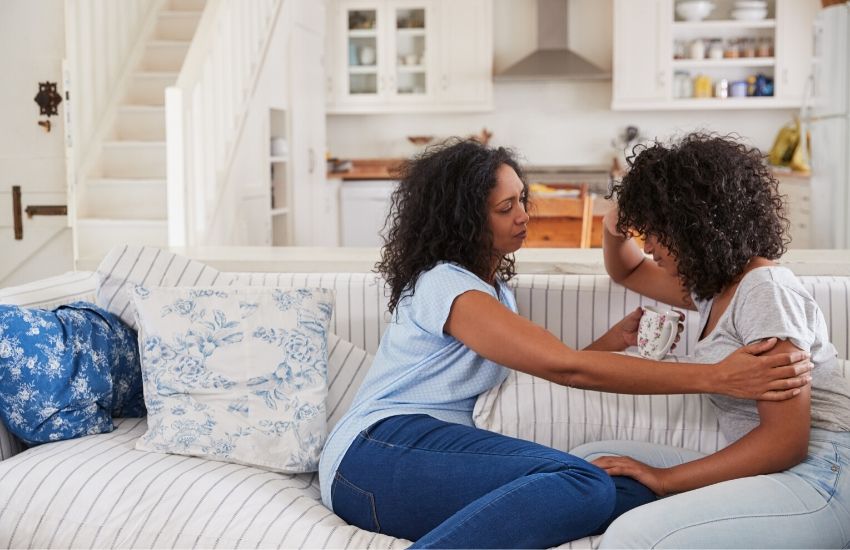 I’ve been thinking about friendships over the past few years because there was a time when I felt that my friendships weren’t fulfilling. I didn’t have the friends that I wanted or the quality connections I needed.

Sometimes friendships end due to practical reasons like when you move away. Sometimes there are internal reasons like growing apart, encountering new things, and discovering separate interests. Sometimes you remain friends, because you love them, but you feel your connection is fading. Finally, you might have a bad friend breakup when something happens, and you have no choice but to end it.

I can’t really speak to you about what you should do. But I can give you examples of what I’ve done when it came to a friendship breakup or one on the brink. Keep reading to get the lowdown, including the good and the bad, of how to overcome a friendship breakup.

Many years ago, I met a woman, and we became fast friends due to our common interests. We had the same love of black culture. We were both Caribbean. We had similar political interests. We were both feminists. Sounds like a match made in friendship heaven, right?

Wrong. I found that I would have to be the one to initiate contact. I was always the cheerleader. I had to introduce ideas when to hang out. I acted as the backbone of the friendship. Eventually, I got very tired of it.

We had several blow-ups over time because she expected me to continue playing that role, and when I expressed my needs, she didn’t show that she cared. Instead she became defensive. At the end of the day that friendship had to end. And when I think about it, I don’t think anything could have been done differently to sustain it.

But I did realize one question I needed to consider after the breakup to learn as many lessons from the experience as I could.

What role did you play in the friendship breakup?

This was a very insightful question I asked myself. I had to think about the role I played leading up to our friendship dissolving.

I realized I had a habit of holding things in and pretending like they didn’t matter. Then I blew up when my needs were consistently not being met. That wasn’t not very mature or useful. What I should have done was address when something was bothering me so we could talk about it and come to a resolution, but it didn’t work out like that.

How to Maintain Your Friendship

As I said before, there are some friendships that breakup because life happens. You move away, or you’re not as available as you used to be. A bond that started in your 20s when you were single and didn’t have kids might not make it to your 30s and 40s when you have a demanding career and a family.

But being busy doesn’t have to lead to a friendship farewell. Instead, here are some tips to help you maintain a friendship that hasn’t entirely run its course.

If you realize that time is a factor contributing to your friendship breakup, you can do something about that. Maybe you can schedule a monthly brunch or dinner or even a FaceTime or Zoom call to maintain your connection. That is something that I have consistently put into practice for friendships that I value.

Step down one level

You also may want to think about whether your friendship would benefit from stepping down a degree or two. Instead of them being your BFF, maybe they’re just a friend, and that’s fine. You might not travel together or share deep secrets, but you can maintain your connection since you care about each other.

Is the relationship worth repair?

The next thing I want you to think about is whether the relationship is worth repair. Some friendships are not worth repair because your connection or lack thereof isn’t worth saving.

What you can do in this case is thank the friendship for showing you what you needed to know as a growing friend. But also, be thankful that you identified when it was time to move on. Find happiness in the thought of new friendships that better suit your needs in the future.

If you’re able to openly and compassionately acknowledge your friendship strengths and weaknesses and your role in the ending of your friendship, then you’re in a better position to be a better person. Life is all about growth and striving to be your best self. It’s the people around us that make us stronger because iron sharpens iron.